Nees Jan van Eck is senior researcher at the Centre for Science and Technology Studies (CWTS) at Leiden University in the Netherlands. He is doing research in the field of bibliometrics and scientometrics. His research focuses on the development of visualization tools and algorithms, mainly for analyzing the structure and development of science. Nees Jan is the main developer of VOSviewer and CitNetExplorer, two well-known software tools for visualizing bibliometric data. The VOSviewer software is frequently used in bibliometric studies. More than 5000 publications have appeared in international scientific journals in which the software is employed. In addition to his work on bibliometric visualization, Nees Jan also focuses on the study of bibliometric data sources and the analysis of the full text of scientific publications. Nees Jan has published more than 70 publications. He is editor brief communications of the Journal of the Association for Information Science and Technology, he serves in the editorial boards of Journal of Data and Information Science and Quantitative Science Studies, and he is an elected board member of the International Society for Informetrics and Scientometrics. Nees Jan has been involved in various commercial bibliometric research projects and training courses in which the VOSviewer software plays a key role. He is also the head of ICT of CWTS, making him responsible for the entire data infrastructure of the center. 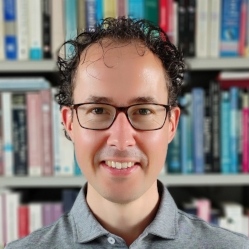 Website powered by MemberLeap, a product of Vieth Consulting.